The Blade Runner’s Inside World

This week we heard the tragic news of murder charges laid against Oscar Pistorius, famously known as the “Blade Runner” from South Africa.  He runs on two prosthetic limbs and competed in the 2012 London Olympics and Paralympics. 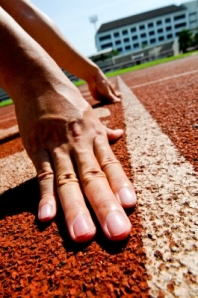 I refer to him not because I’m declaring him guilty (the courts need to make that decision after they weigh all the evidence) but because overcoming physical limitations is no substitute for the importance of developing inner character at the same time!

In no way do I compare my accident and recovery to the journey Oscar has been on throughout his life time. Without a doubt, he’s climbed a huge mountain in dealing with an extremely difficult disability and achieved great things in the arena of sport and life.

Where Oscar may have gotten off track was in his failure to keep growing in his inside world while achieving great things in his outside world. I’ve been seeing first hand the amount of work and effort it takes to overcome a physical challenge.  The surgeries, pain, recovery, rehab, exercise, and number of people needed to just manage it all.

What I have also noticed is the need to pay attention to inner world realities such as difficult emotions, downward spiralling thoughts, self-pity, frustration, fear of what could happen to name a few.

Oscar Pistorius enjoyed great success, hero status and demonstrated incredible charm but they were not enough to keep character cracks from showing. He was inspiring millions on one hand while on the other, showing signs of inner flaws.

Here are just a few of the news bits showing some “inner world” cracks:

Quite honestly, I admired Oscar’s tenacity and determination when I watched him run in the summer Olympics.  I don’t stand in judgment of him but what I am doing is sounding the alarm on the danger of being so focused on your outside world that you end up neglecting the more important inner world.

What people see is not who you really are!

A few ways to keep your inner world strong – while working on the outside world:

Make sure you get your inside world put right
because if it isn’t right, no amount of fame,
fortune, or recovery success in your outside world
will make a lick of difference!

How put together is your inner world?
What could you do this week to strengthen your character?

Image source: Free image courtesy of FreeDigitalPhotos.net
To receive each new post by email when they come out, enter your email address on the top right at www.camtaylor.net. And I welcome your comments!

2 Responses to The Blade Runner’s Inside World